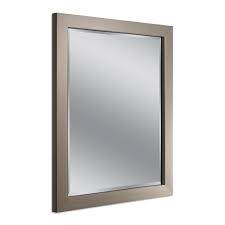 Be a MirrorI thioght this article had some really great practical ways we can give better feedback. Be specific, focus on what the reader is doing, focus on the process, make sure it can transfer, and take yourself out of the feedback. I love how this is constantly highlighting impartiality and objective criticism. I often fear criticism because I feel like its a personal attack. if you don't like my writing its because you don't like me. But, through getting in the mind of a good feedback giver I can see that is not the case at all. Highly recommend this one!Five Reasons to Stop Saying "Good Job!"I know im guilty of doing this all the time! I never saw it as a bad thing though. I figured everyone needs positive feedback right? Wrong. It turns out this can be really influential. If we are always telling people they did great, they will never improve or change. We can't be afraid to point out ways others can be improving. I actually believe now, that if you reall…
Post a Comment
Read more 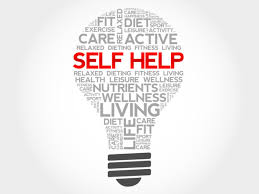 Seven Ways to Crush Self DoubtI really enjoyed all the insights brought forward in this article. I think this is really going to help me build up confidence! I was really touched by the aspect of setting goals that you can control. I think I am defiantly guilty fo setting goals that are way outside of my control. Then I get upset when I don't achieve them when in the first place it was never possible! Ultimately I agree with al l7 of these ideals but I think there are one or two that will really stick out to some people. Highly recommend the read!
Why Rejection Hurts so MuchThis article got pretty real with me. I felt like they were speaking directly at me! I don't always get super down when I feel rejected but I do causually find myself doing some of these terrible pitfalls discussed. Really I think the big one is reviving my self-worth. When I get rejected i can take it personally. It makes me begin to believe that maybe im not worth a whole lot or perhaps im worth even less…
Post a Comment
Read more 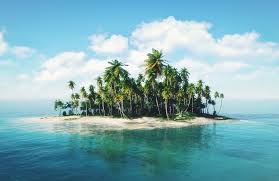 Sinbad: First Voyage.The Arabian Nights' Entertainments by Andrew Lang and illustrated by H. J. Ford (1898).
Original Source
Plot:
Sinbad is a sailor who meets another man named Sinbad.The two sit over a banquet telling stories such as follows.
Sinbad had inherited a lot of wealth at a young age.
He wasted a lot before he god wise.
He sold his goods and joined some merchants. They set sail selling all sorts of things on various islands.
They had stopped for the night on an island and it began to shake. Turns out it was the back of a sleeping whale!
Sinbad didn't make it onto the boat and was cast to the waves.
He enventually drifted upon an island. He found some herbs and water and went to explore.
HE then found some people! They told him of a civilization they had on the island and he was saved.
Thoughts:
This story seems a little anticlimactic to me. Ok so a guy gets shipwrecked and he finds some people to help him. What is the point of that story? And honestly how hard is it to t…
Post a Comment
Read more 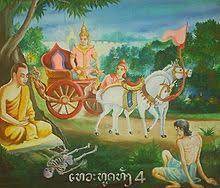 First Encounter
Story source: The Life of Buddha by Andre Ferdinand Herold (1922).
Original Source
Plot:
So there is this prince who was incredible sheltered from the outside world.
one day someone told him about how beautiful nature was outside nad he desperately wanted to go outside.
The king wanted his son to see no evil so he ordered all the sick and beggars and allowed his son to go out.
there was an extravagant chariot made up and the king basically decorated the whole town so that what his son saw would not be how things actually are.
The gods became jealous of all the praise that the prince was reviewing so they sent an old man and made him cross paths with the prince.
The prince was confused at the man as he had never seen anyone elderly. So he asked his charioteer if the man was a monster.
The charioteer told him that this was just an old man, and that one day this would happen to the prince too.
Thoughts:
I love this story because it is such a crazy, almost theoretical statement. It…
Post a Comment
Read more 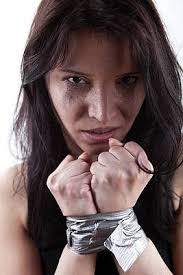 The Captive Woman
Story source: Apuleius's Golden Ass, as translated into English by Tony Kline (2013).
Original Source
Plot:
This is setting the scene for hte story of Cupid and Psyche to be told to a young captive woman by an elderly woman.
There is a man named Lucius who was turned into a donkey that is being held by robbers who also have a horse.
The robbers went to sleep and the Old woman went to bring food to the donkey-man, and horse.
In the night the robbers woke and left, but Lucius kept eating, for he was starving.
Eventually, Lucius went to get some drink and the robbers returned with nothing to show for their late-night outing except a girl they had taken.
The robbers made it clear to her that they weren't going to hurt her and were only interested in procuring a ransom.
The girl cried more and more. Eventually, the robbers called the old woman over to sit with her.
The girl eventually tired herself out and fell asleep. A second later she sat back up and cried some more.
…
Post a Comment
Read more

August 19, 2020
Sources:So I will be using a number of sources for inspiration and information I can build off of.Source 1 This source will be used to provide some insight on the birth of dragons which Plan to intigrate into my first story.Source 2 This source will serve as some inspiration for writing from an object's point of view. Im not quite sure what the object is going to be yet but I know I will be writing one of my stories in this style.Source 3 This source will be serving to inform me about soem stories of female pirates as I want ot intigrate them into one of my stories at some point. Source 4 This source is going to be providing some insight into existing stories of the underworld and ghosts. I love thease themes and plan to integrate them into one of my storis as well. Plan:I plan on staring off on this idea that Focuse will be broken out from his mundane life by releasing a dragon type creature in the mines. this is where my research in dragons is going to come in handy. Then I thin…
Post a Comment
Read more 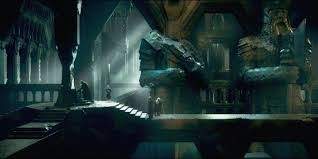 Here you can leave comments on my Storybook Project!